The Multifaceted Case for Multilingualism 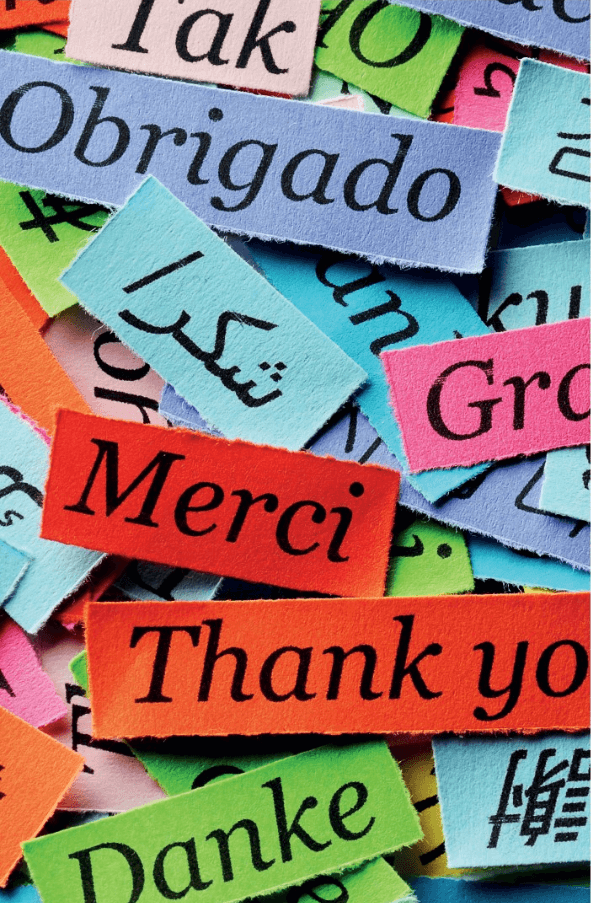 This article is reprinted from AMI - Association Meetings International - November 2022 edition - pages 17-18. You can read the entire publication here.

Many commentators have argued that English is becoming the de-facto default language of science, commerce, conferences and, well, almost everything else. Anglo-Saxons are predisposed to swallow this ‘English will rule the world’ narrative: being able to chat about das Wetter with Germans in a Biergarten or avoiding a faux pas when interpreting a Parisian menu designates one as a great linguist amongst our kin (mystifying the Dutch, who regard competency in fewer than three languages as a profound disability), and most Brits and Americans can’t imagine what it is like to participate in events where comprehension requires significant mental effort!

Except for intergovernmental organisations such as the EU and UN, the reality facing conference organisers is that the provision at international events of languages other than English has been slipping away for decades, reserved for a few formal set-piece occasions and the least number of languages that protocol demands. This has been driven by a combination of cost factors, a shortage of trained experts, ever-greater event complexity, and the belief that ‘almost all people’ in their communities are comfortable operating in English.

But as the Silicon Valley strategist Tomas Pueyo noted in a recent article for Unchartered Territories, only 56 per cent of Germans and 22 per cent of Spaniards can currently hold a conversation in English, to say nothing about the far smaller proportions of Japanese or Koreans, even if they’re working in high-tech fields or medicine. Kowtowing to monolingualism isn’t a fait accompli. In fact, I take the view that we’re actually standing at the apex of a significant tipping point, particularly when it comes to international associations and their meetings, and that key drivers are pointing in the opposite direction, towards a richer world of multiple languages and greater inter-cultural engagement.

The first driver is technological, facilitated by positively ratcheting quality improvements and dramatic falls in price. Human-centric, cloud-based interpretation has removed the necessity for a local pool of multilingual talent, democratising and globalising interpretation availability; real-time transcription has migrated from captions on Netflix and the BBC onto every online platform; and a company I’m currently advising, Wordly Inc, is offering AI-driven interpretation and transcription for online and face-to-face meetings from 20 languages into 25 languages with no humans involved at all, for the same price as for switching between just two, and with astonishingly simple technical requirements!

The second driver is the hyper-competitive environment. Associations will never retain their once-common status as quasi-monopolistic purveyors of expertise and high-quality knowledge. World-class content now arises from multiple sources, and associations need to fight for a healthy share of their intellectual market, taking full account of the languages spoken by prospective audiences and delegates. Remaining monolingual when others are reaching out to a veritable smorgasbord of cultural markets makes little business sense for any globally ambitious organisation.

The growth of DEI - Diversity, Equity and Inclusion – in associations’ strategic thinking is a third factor. The moment an association frames DEI in global rather than national terms, multicultural respect, national and regional equity, and language inclusion enter the arena. Providing a multilingual service at events is one easy way to signal a serious commitment to these values.

These drivers are supported by compelling evidence from a recent study amongst 200 UK and US-based organisers of international meetings, sponsored by Wordly Inc., which concludes that the number of delegates desiring language services, the number of languages needed per event, and the introduction of such services at their meetings are all going to grow significantly in future.

Let’s consider some of the advantages of offering a multilingual service at international meetings. We reach new audiences, expanding our communities and markets; we give freedom to speakers to express themselves with the wit, subtlety and personality that can only come in their native tongue; we deepen engagement and relieve attention-fatigue amongst those delegates who struggle to operate in a second or third language for hours at a time; medical research associations with strong English-language abilities amongst their specialists can now reach out to new constituencies such as patient groups or GPs or district nurses who lack those skills; and with universal transcription we also serve the needs of the hard of hearing and others with related disabilities. New events or streaming services suddenly achieve the economies of scale to go ahead, and new sponsors interested or based in specific countries can be attracted with carefully targeted partnerships using multiple languages.

Of course, it isn’t easy to overcome barriers and ingrained habits! Experimentation is the best route forward, testing out multilingual services for a small event or in a particular breakout room during an annual congress or for the streaming of a keynote address. Building in mechanisms for feedback is critical, both qualitative and quantitative. Many organisers find that take-up is far greater than expected, for example with delegates using text transcription in their native tongue whilst listening in English, complementing rather than replacing the original.

Finally, this isn’t just about meetings! International associations cannot claim to be internationally relevant or serving the needs of their disparate constituencies if they are not willing to think and act multilingually and multiculturally (in fact, is the latter even possible if one only operates in English!?) across a much wider range of activities. Unique, expert knowledge is the true treasure trove in every association, and that content can potentially come from every corner of the community, in any member’s native tongue, and will increase exponentially in value the more it can be made available multilingually, asynchronously and on-demand. We’re just at the beginning of a revolutionary renaissance!

Martin Sirk is the owner of Sirk Serendipity, a strategic consultancy advising a disparate portfolio of international associations, global meetings organisations and tech start-ups, and is a meeting designer, moderator, and media commentator. He’s British, has an Estonian passport, is married to a Californian, and lives mostly in Amsterdam, where his rudimentary German, pitiful French and entirely inadequate Dutch are, luckily, not needed to work and play!